How To Cut Cable With Android TV

There are a number of smart TV and streaming devises on the market. But there are only a few supported by the big names in TV Technology. In this article we are going to be discussing Android TV. Android TV is the name of the Smart TV opperating system vs a product. The platform is backed by Google and has proven to have strong lasting power in the marketplace due to a number of popular features.

How do you get an Android TV device? There are three Android TV streaming boxes for sale in the US. They include the Nvidia Shield TV, which is a very powerful device built for 4k streaming and capable of supporting game streaming from high end computers, the Mi Box from a company called  Xiaomi (sounds like Show Me) and the Air TV Player. Air TV is an Android TV box made by to highlight a streaming option called Sling Television and integrate OTA signals directly through the box itself. There are also a number of TV brands who integrate Android TV into their TV’s including Hisense, Sharp, Philips and Skyworth. The format is also very popular with Pay TV providers who use the format format to deliver their own services with custom launch apps as well as streaming apps.

Android TV is integrated with Google Assistant so it allows users to control multiple smart appliances, open and close apps, ask questions and get answers and more. Android TV devices also support what’s called Chromecast. Chromecast is a video and audio delivery system that allows users to launch apps that are on mobile devices and computers onto their TV. This is most evident when using an Android phone but it can also utilize apps on IOS and even Windows and Mac OS in some cases.

There are lots of apps on the Android TV platform. But when it comes to apps on streaming platforms they are often broken down by things like “TV” or “Sports” or “Media”. If all those terms sound like more or less the same thing don’t worry. This article defines the types of apps for what they really are and lets you know what kinds of things you can find.

While some people can say that they simply cut cable and replaced it with something along the lines of Netflix we don’t consider Netflix a cable replacement app. The Streaming Advisor classifies Cable Replacement apps as services that mimic cable big bundle offerings. Some call them skinny bundles. But the apps offer in many cases a less expensive access point to many popular cable channels. Supported apps include Sling TV, FuboTV, PlayStation Vue, YouTube TV and Philo. All of the services provide a number of popular cable channels without the need to sign up for a contract of any type. The main difference between most of them is the starting level packages. For those who are looking for a service heavy on entertainment apps and excluding sports the Philo app is a great choice to get started.

When we say content aggregators we are referring to the apps that contain lots of general topic material broken up into categories. Netflix set the standard for this type of app a decade ago and many others have followed suit. Android TV has most of the most popular options with the main exception being Amazon Video, depending on which Android TV set top box or TV set you own. Android TV supports Netflix, Hulu’s on-demand content service, Tubi TV, Crackle and in some cases (Nvidia Shield) Amazon Prime Video. These are the biggest players in the aggregator game but there are others out there. Aggregators can provide thousands and thousands of hours of entertainment and with apps like Netflix, Amazon and Hulu there are all kinds of new original shows and movies to see.

Media centers might not be something that you use or understand but we wanted to address them. In short media centers are software packages that allow users to access music, pictures, movies and TV shows that they own digital copies of. They organize your media into categories and often link it with info from sources like IMDB or Rotten Tomatoes etc. In this arena Android TV supports Plex, Kodi and Emby, though Kodi may be a little less available as we have seen it pulled from Sony’s line of Android TV powered devices recently.

OTA Networks are the iconic brands we all grew up with plus some newer entries. Things like CBS All Access, NBC, Fox Now, ABC Go and CW.  There are lots of options on Android TV that deliver a wide range of access from next to none to full lineups of shows. Some give you totally free access to everything while some (CBS All Access) require subscriptions. There is no real rhyme or reason to most of these apps. This is probably why they are so misunderstood. Users will see for instance “NBC”. They add the network and see that numerous episodes of different TV shows are available. But when they click Watch Live they have no way to do so because they do not have a provider/subscription service that will allow them to access live programming. CBS All Access has no programming at all available for those who add the app unless they jump in with a subscription directly to CBS itself and pay about $6.00 per month. Once done users may get live streaming of their local CBS affiliate, but they may not depending on agreements between the app and their local affiliates. All users gain access to a large library of content including current and past CBS Shows. On the opposite end of the scale the CW app provides access to all of its current programming with access to the last 5 episodes of and current season. These apps are a good place to start when you start building a cord-cutting tool box.

Well for starters every TV set that supports Android TV can support use of an Antenna by mere fact that it is a TV. When it comes to the streaming boxes the Air TV sells with a USB dongle that allows users to hook up an Antenna to the box and integrate it with Sling TV. All Android TV devices work along side a number of popular DVR and tuner brands to bring Free TV to your experience as well.

If you would like to watch live over the air TV on your Android TV device but have a streaming box instead of a TV you need a bit more hardware. Adding the hardware can give you the benefit of other features like DVR. A lot of people have gotten very used to having DVR’s they let people skip commercials and hod their shows till they choose to watch them. Android TV provides support for TB Tuners and DVR’s built for cord cutters. Products include HD Home Run, Channels DVR, Plex DVR, and Tablo.

Premium channels used to be a big holdup for people looking to get rid of cable bills. They are no longer an issue with the emergence of Apps from the biggest names in the premium TV channel business. The big names are going directly to the consumer with attractive offerings that provide content with no contract needed and typically a free preview period as well. The apps provide on demand access to each services libraries of original content and hit films available through the services just like cable customers get. The luminaries include Showtime, HBO Now, EPIX, STARZ. Important note though. HBO and Showtime have two apps for the Android TV platform and they do different things. HBO for instance has an app called “HBO Now” This is the pay app for those to sign up for HBO without cable. On the other hand there is an app called “HBO GO”, which is a free companion app for those who already pay to access HBO from a TV provider. Showtime’s Cord cutter app is called “Showtime”, while its Provider companion app is called “Showtime Anytime”.

CBSN, Fox Nation (paid service), ALJAZEERA and Bloomberg. As far as live news services the choices are small on Android TV. CBSN provides live content made for the web 24-7 and even hosted presidential debates in 2016, Fox Nation is a paid service that gives use a ton of content from Fox News personalities, ALJAZEERA presents a live feed of international news while Bloomberg is a 24-7 business news source. Pluto TV has a number of news options worked into its overall app and a lot to offer on top of that. 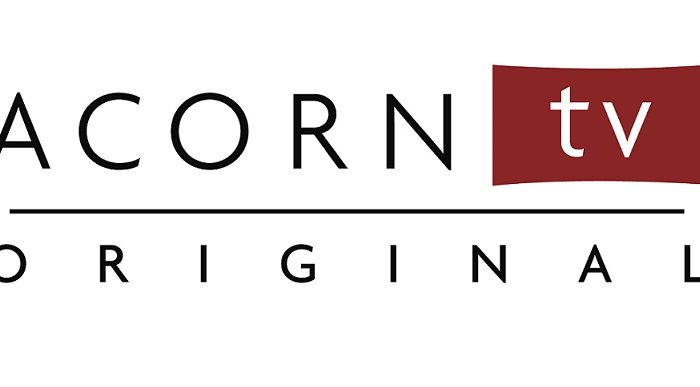 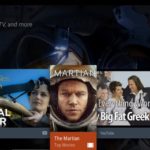 How To Cut Cable With Android TV