Sundance Now is getting ready to entertain you for the rest of the month through April with a number of new titles. Check out the listing below.

Based on the popular BBC show of the same name, this Canadian supernatural horror comedy-drama follows three twenty somethings sharing a house and trying to live a normal life in Boston, despite being a ghost (Meaghan Rath, New Girl, Hawaii Five-0), a werewolf (Sam Huntington, Jungle 2 Jungle, Good Girls) and a vampire (Sam Witwer, Star Wars: The Clone Wars, Supergirl). (13 Eps, Available all at once)

Based on the novel of the same name by Todd Perrotta, this drama follows the intersecting lives of two lovelorn spouses (Kate Winslet, Titanic, Eternal Sunshine of the Spotless Mind  and Patrick Wilson, Insidious, The Phantom of the Opera) from separate marriages, a registered sex offender (Jackie Earle Haley, Watchmen), and a disgraced ex-police officer (Noah Emmerich, The Americans, The Truman Show), as they all struggle to resist their vulnerabilities and temptations in suburban Massachusetts. Also starring Jennifer Connelly (A Beautiful Mind, Requiem for a Dream). (Film, 2006)

With stunning scenery and high-stakes action, this gritty international thriller is an adrenaline-filled ride across the globe. When her father is murdered, Danish con-woman Sylvia (Cecilie Stenspil, The Protectors, Badehotellet) plots revenge on the crime kingpin Ravn (Mark Mitchinson, The Hobbit, Rake, Dear Murderer). Forced to flee to New Zealand, can Sylvia save her family from the other side of the world? (8 Eps, Available all at once)

“As brave, bold and ambitious as they come” – Drama Quarterly

Another episode of the lavish Swedish ensemble drama. Calle (Charlie Gustafsson) is the new head chef at Nina’s (Hedda Stiernstedt) and works to renew the menu. Meanwhile, Ester (Ida Engvoll, A Man Called Ove, Rebecka Martinsson) and Mirko (Jakob Tamm) make another attempt at sabotage. John (Morten Vang Simonsen) and the leftist gang discover a new way to fund their business. When Christina (Julia Heveus) discovers the truth, she gets very upset.

Another episode of the glamorous Australian drama. Tahlia (Olympia Valance, Neighbours) and Connor (Jackson Gallagher, Home and Away) attend counselling in a bid to save their shattered relationship.

Rose Raynes (Johanna Braddy, Quantico, UnREAL) was crowned Miss Arizona – 15 years ago. Now a bored housewife trapped in a less than ideal marriage, Rose accepts an invitation to teach a life skills class at a women’s shelter. Rose attempts to relive her pageant days and share her “Making Your Presence a Present” platform speech with a room of four disinterested women dodging abusive exes. But when trouble shows up at the shelter, what the women really need is for Rose’s shiny Escalade to get them out of dodge. The five embark on an all-night adventure through L.A.’s darkest streets and wildest drag club as the women fight to survive, and in so doing, discover what they need most. Also starring Missi Pyle (Galaxy Quest, Dodgeball: A True Underdog Story) and Steve Guttenberg (Three Men and a Baby, It Takes Two).

Ripped from international headlines, The Hacker Wars takes you to the front lines of the high-stakes battle over the fate of the internet, freedom and privacy. (Documentary, 2014)

Peter has realized that Ester and Mirko are responsible for the attacks on Nina’s nightclub and decides to confront them. Money is disappearing from the tills at Nina’s, leading to a conflict between Nina and Christina.

The truth behind Jack’s death is finally revealed.

WHEN THE STARLIGHT ENDS

It’s been one month and fourteen days since she left. Jacob (Sam Heughan, Outlander) is a writer and Cassandra (Arabella Oz, Jigsaw) was his muse. She will forever be the one who haunts him every time he sits at his keyboard trying to write. And each time, as Jacob tries to figure out why he lost the love of his life, he relives every moment, both real and imagined, searching whether he made the right decisions and determined to write the perfect ending for them. Also starring David Arquette (Scream, Never Been Kissed). (Film, 2016)

THE CASE OF SALLY CHALLEN

In 2010 in Surrey, mother of two, Sally Challen, bludgeoned her husband to death as he sat eating lunch at the kitchen table. No one at her trial, including her close family and friends, were surprised when the jury found her unanimously guilty of murder. This year, Sally’s widely reported appeal against her conviction gripped the newspapers and the nation. Sally’s new defense lawyers argued that she was the victim of Richard’s ‘coercive control’, a newly understood type of psychological abuse, and that she should be in prison for manslaughter, not murder. It is the first time that coercive control has been presented to the courts as a partial defense to murder. (Documentary, 2019)

Three years have passed since Christina left her mother and Nina’s nightclub behind. Now she lives in secret with John and the rest of the gang at the farmhouse. Nina learns that she has a granddaughter and tries to contact Christina.

Emmy award-winning documentary. Every summer, the American West burns. Because of climate change, average temperatures have risen, resulting in a sudden increase in both the frequency and intensity of wildfires. Fighting these fires are the small crews who work to contain them by hand – using shovels and methods that haven’t changed in sixty years. Filmed during two recent wildfire seasons, Wildland is a sweeping, deeply personal account of a single firefighting crew as it struggles with fear, loyalty, dreams and demons. What emerges is a rich story of working-class men: their exterior world, their interior lives and the fire that lies between. (2018)

For the past year, 16-year-old Jessica Burns (Lexi Ainsworth, General Hospital) has been victimized and bullied by her former friend, Avery Keller (Hunter King, The Young and The Restless, Life in Pieces), one of South Brookdale High’s most popular students. With the help of Jessica’s best friend, Brian Slater (Jimmy Bennett, No Ordinary Family, Orphan), and a hidden digital camera, evidence of Avery’s relentless harassment threatens to come to light bringing both girls and their communities face to face with the truth. (2015)

An Australian documentary which follows the exploits of former construction worker turned anti-fracking activist Dayne Pratzky as he responds to the expansion of the coal seam gas industry near Tara, Queensland. (2015)

Estranged Swedish identical twins Siri and Helena (Josefin Asplund (The Girl with the Dragon Tattoo, Vikings) in a dual role) have always had a complex relationship. When Helena receives an invitation to visit Siri at an exclusive residential sanatorium in the Alps, she is reluctant but figures it will be a nice vacation. Despite the peacefulness of the clinic, Helena refuses Siri’s plea for help in taking care of some business and to swap places for a few days but ends up waking up to find Siri gone. Soon she realizes that Siri isn’t coming back, and that the clinic is far from a place of recovery; it’s a facility for studying psychopaths. Helena is now trapped in a waking nightmare in which no one is who they seem to be, and everyone believes that she is Siri. Surrounded by the most predatory and manipulative people, including the director of the Sanctuary, Dr. Marvin Fisher (Matthew Modine, Stranger Things, Full Metal Jacket, The Dark Knight Rises), imaginable, escape is now only the second order of business: the first is simple survival. Also starring Will Mellor (No Offence, Broadchurch).

The night the elm trees are to be taken down, there is a huge uproar with several people caught in the commotion. Nina discovers that something is seriously wrong with the economy at her nightclub.

Filmmakers use hidden cameras to capture the various suicide attempts at the Golden Gate Bridge in San Francisco, California – the world’s most popular suicide destination. Interviews with the victims’ loved ones describe their lives and mental health. (2006)

HOW TO CATCH A SERIAL KILLER

The pursuit of Christopher Halliwell by Detective Steve Fulcher has been one of the biggest crime stories in recent years, captivating the public’s attention. Spanning more than a decade, multiple murders, two much-publicized trials and one irreparably damaged career, it is a story of the dogged pursuit of a serial-killer by a police officer determined to get justice for the families of his victims. (Documentary, 2017)

Hel wakes up in a hospital room, restrained to the bed. Security and the institute’s director agree that escape is impossible thanks to their foolproof security system. Hel has to absorb two shocking facts: the doctors believe her twin is a psychopath, and this is not a rehab sanatorium, but a research facility populated with other dangerous psychopaths. She’s a lamb surrounded by lions.

John and the leftist gang are keeping Christina prisoner at the farmhouse. She tries to find an opportunity to escape, while Uno and the police are planning to move in on the farm. Nina’s nightclub is near bankruptcy and Nina is starting to consider the offer from Mirko to buy her out. Or can she and Peter find a way to leave their differences behind and join forces? The difficult times for Nina’s bring Nina and Calle closer together, but then Calle gets a very tempting offer from Angelo. 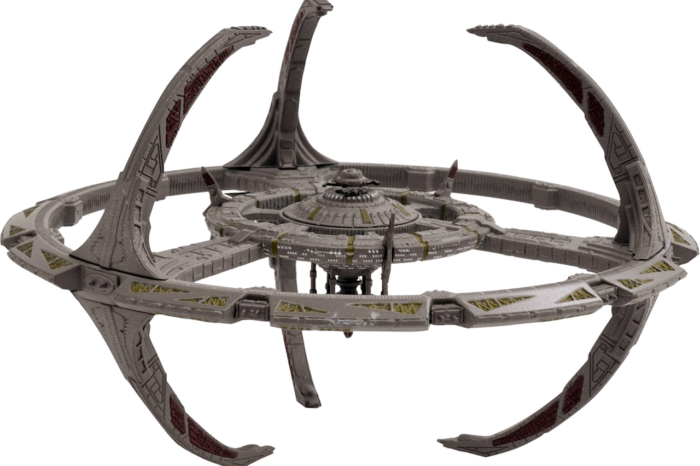 How To Watch Picard For Free