CULVER CITY, Calif., Aug. 1, 2019 – Amazon Prime Video announced today that over 60 teams from 30 countries will be competing in World’s Toughest Race: Eco-Challenge Fiji. The series is hosted and executive produced by Bear Grylls (Man vs. Wild, Running Wild), and from executive producers Lisa Hennessy (Eco-Challenge, The Biggest Loser), Eric Van Wagenen (Survivor, The Amazing Race, The Apprentice), and Emmy Award-winning producer Mark Burnett (Survivor, The Voice, Shark Tank). Renowned as epic, gritty and unpredictable, the race will take place in Fiji this fall. The human drama, produced by MGM Television, will be captured in a 10-episode series to premiere worldwide on Amazon Prime Video in 2020.

World’s Toughest Race: Eco-Challenge Fiji is the ultimate expedition race in which teams will race non-stop, 24 hours a day, across hundreds of miles of rugged backcountry terrain complete with mountains, jungles and oceans. Each race team is comprised of four competitors, including at least one member of the opposite sex, and one assistant crewmember that will be helping their team from base camp. Each team will race under a single country flag while making their way through some of the most impenetrable terrain Fiji has to offer.

The race will encompass a variety of non-motorized forms of transportation and other various challenges including outrigger paddling, mountain biking, rappelling, climbing, whitewater rafting, paddle boarding, and canyoneering, which teams must pass assessment tests in. Navigation must be done with a map and compass only and teams will be required to use expedition problem-solving skills in their quest to the finish line. If any team member quits or is unable to complete the race, the entire team will be disqualified. Only teams that can work together under extreme stress and fatigue have any hope of reaching the finish.

stream local CBS over the air 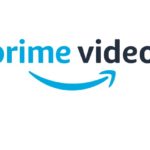