Fire TV Will Have Disney+

Rest easy. This is just us thinking out load here, but we are certain that Disney+ will be available on the Fire TV. Why do I know this. Because there is no way on earth Amazon is going to go into the Holliday season and have people avoid buying their signature streaming items during the Holliday season because of it. The company could lose a boat load of potential Amazon Prime customers in that scenario and that is what counts. The Disney+ service for $6.99 is going to be the hottest new service we ever saw. And the bundle with Hulu and ESPN+ may be the second hottest thing we ever saw. Without access to this app Amazon could see sales of every other competing product dwarf sales of the Fire TV Sticks and cube.

How will Disney+ get on Fire TV?

The foundation is already there for a deal. In an email to Fierce Video, Michael Greeson, TDG’s president and director of research, said he expects it to work out.

“Disney and Amazon are frenemies, working together when it makes sense and butting heads when it doesn’t,” he wrote in an email.

On top of that, there will be another work around. If this app works on the Android TV OS that means that the same app will probably work on Fire TV. Expect to see side loading guides about the service explode the second it comes out. This is what happened with Kodi when Fire TV launched. Amazon would certainly not endorse such a method for adding the service, but it likely will not come out and say not to.

Money Talks and nothing talks money like Pixar, Marvel, Star Wars and the Disney archive. They are nearly unmatched in their appeal. So expect this to get settled before we get late in the fall. I expect the press release was more of a shot across the bow to say “Do you REALLY want to get left out of this? When HBO Now launched exclusively on the generation 3 Apple TV, the device became a top 3 streaming device on Amazon almost overnight after languishing outside the top 10 for months. That was just HBO. Disney’s service will be the goto place for premium family entertainment bar none.

It will be a tough year for Amazon and its TV partners if it fails to make this a reality.

New On Tubi For September

I WOULD LIKE TO WATCH THE US OPEN ON MY FIRE STICK DO NOT HAVE FIRE TV JUST FIRE STICK. HOW WOULD I SIGN UP FOR ONE MONTH FOR 4.99 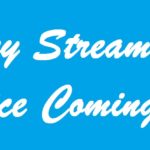 Fire TV Will Have Disney+